A drive to invest - as featured in the Electronics Sourcing 15th Anniversary issue, April 2020.

As Electronics Sourcing celebrates its first fifteen years, Wilson Process Systems enters its fifth decade. Over this time it has transformed from a bare PCB manufacturer to one of the largest electronics manufacturing service providers in the South. Over the last 15-years WPS has seen continued expansion and investment, resulting in a steady increase in year-on-year turnover.

In 2006, expansion was necessary as the company’s main production site had become a limiting factor. WPS acquired a second factory as a dedicated surface mount facility. This houses five surface mount lines, with a total capacity of almost 250,000 placements per hour, plus fully automated assembly of PCBs up to 1,300 by 500mm. The latest acquisition is a Universal Fuzion OF 1-11 odd-form machine which handles surface mount and odd-form components including through-hole connectors, sockets, transformers, heatsinks and RF shields.

Over the past 15-years WPS’ customer base has remained loyal, underpinned by the company’s objective to build long-term, proactive partnerships with its clients.

Coronavirus has come as a stark reminder of the volatility and insecurity of the global economy, prompting interest in home-sourcing as a contingency plan. The flexibility, agility and responsiveness provided by a well-funded, UK based, family enterprise will be key in ensuring a sound foundation for WPS in the future. 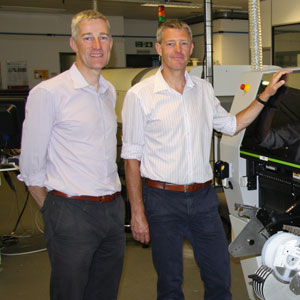 Now in its 40th year, Wilson Process Systems continues to invest in growth with a simpler way to request contract manufacturing quotes and new assembly equipment.